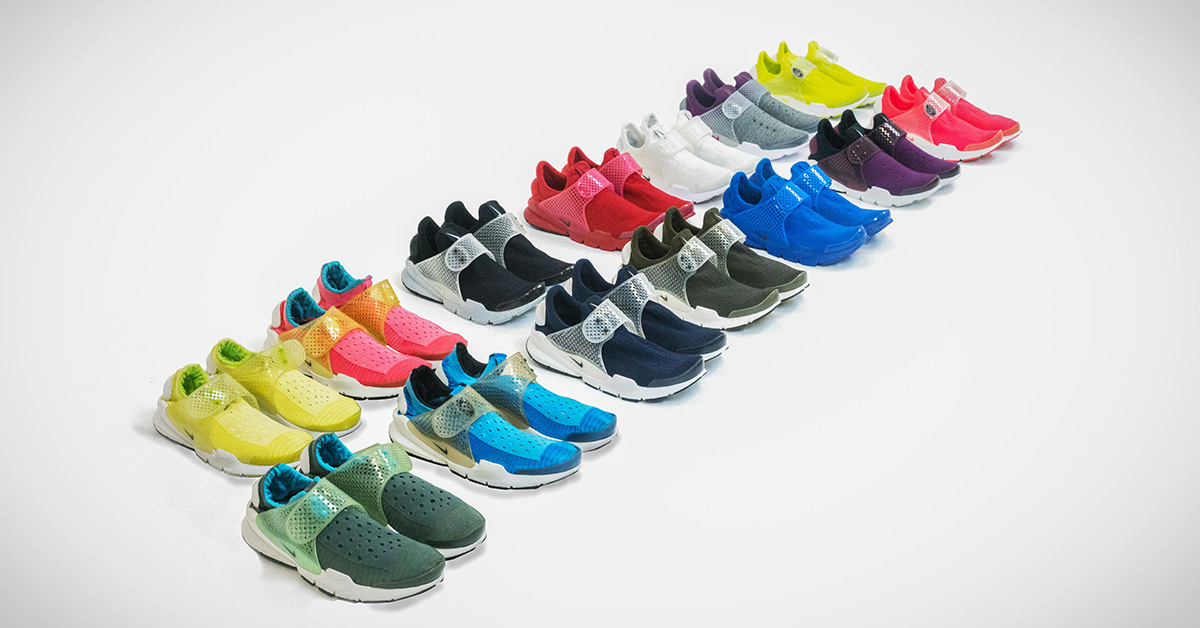 The history of the Nike Sock Dart releases goes further back in time than many people might think. Next week a new Nike Sock Dart Collection will release. Let’s take a closer look on previous releases and a bit of history as well. 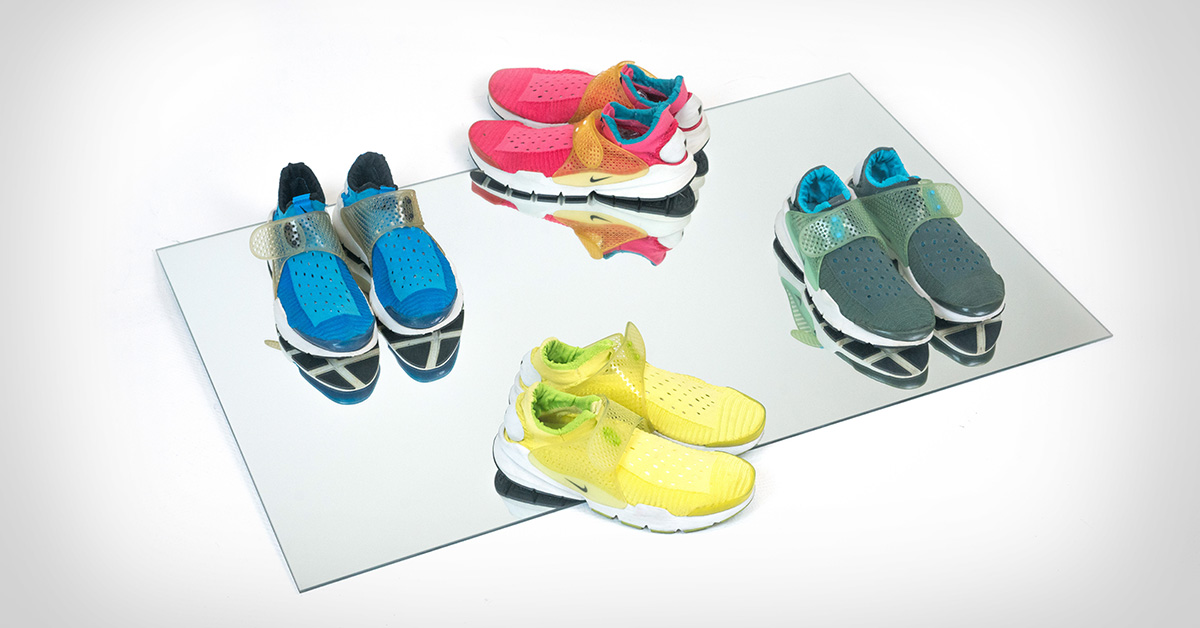 In July 2004 the first 6 colorways of the Nike Sock Dart were released in super limited quantities and only a handfull of stores worldwide got the shoes. Some people were crazy about the futuristic look and others weren’t ready for it yet. 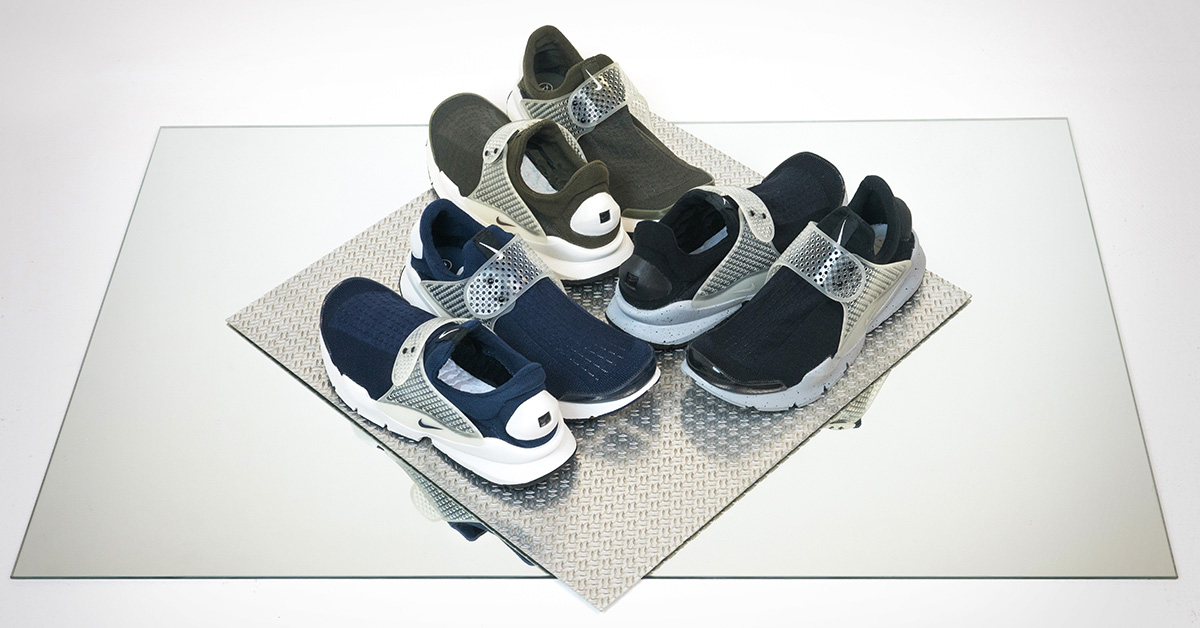 10 years later in 2014 the history of the silhouette continues with the Fragment x Nike Sock Dart release. During 2014 and 2015 3 colorways were released in the strong collab between Fragment Design and NikeLab. That released really put the silhouet back on the map and all shoes sold out immediatly. 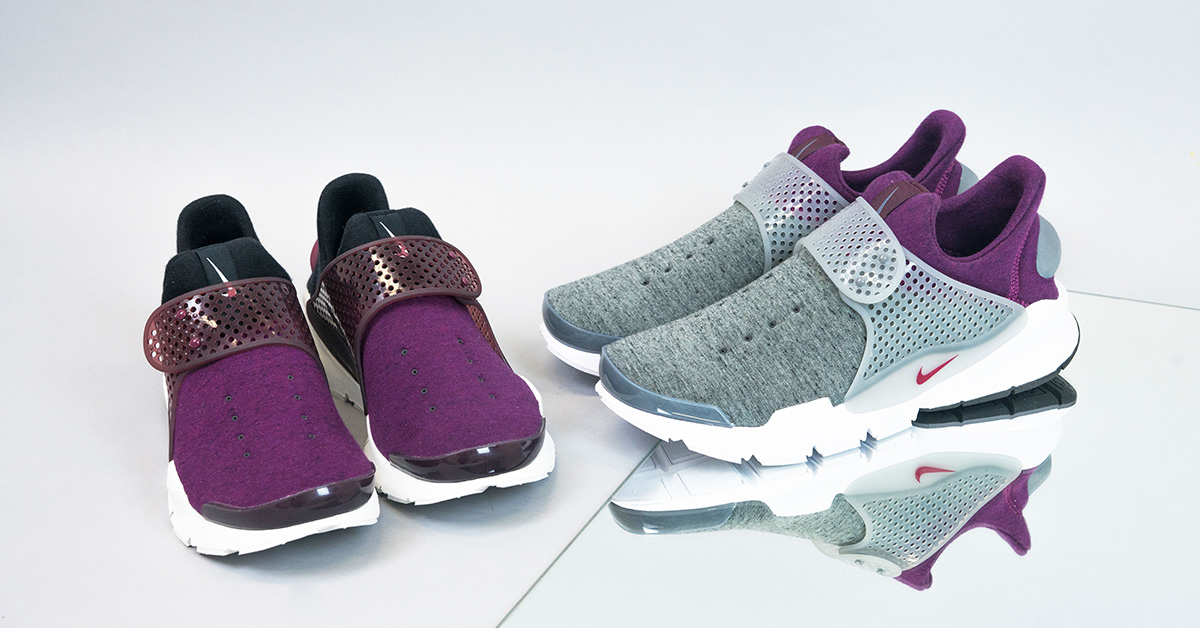 Since then a number of colorways have been introduced. For example the ‘Independence Day’ collection, the ‘Tech Fleece’ collection as well as the opportunity to design your own unique colorway with Nike iD.

On 15 July a new great Nike Sock Dart Collection is releasing for both Men and Women in Nike Store.
See further detalis on the release in the Sneaker Release Calendar.