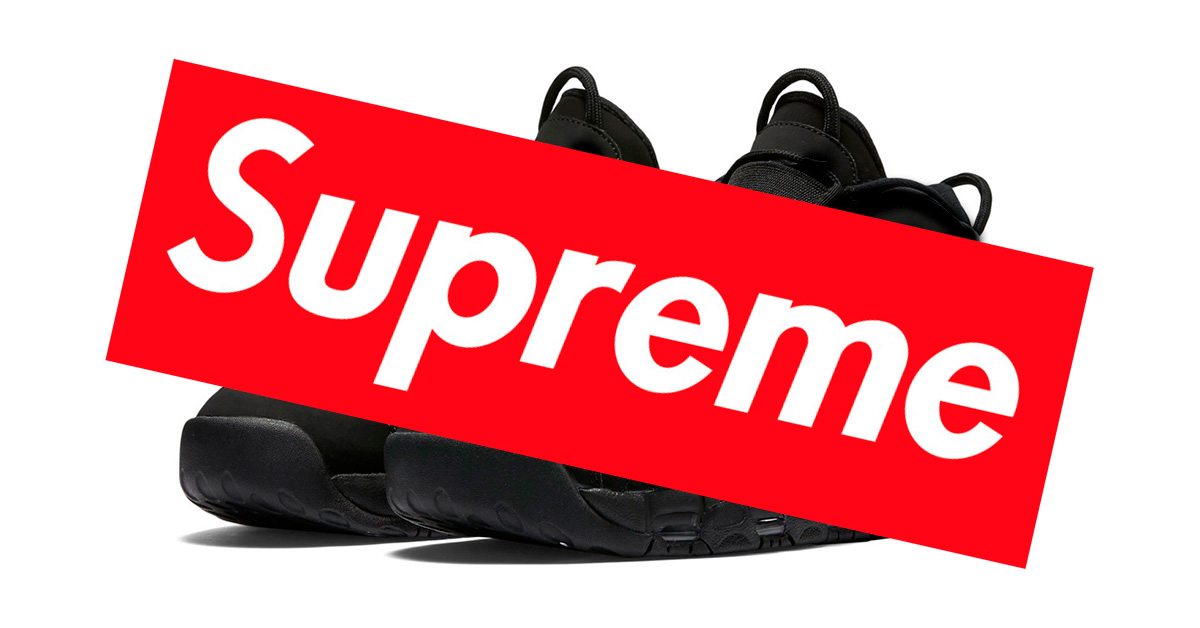 Originally made famous by Scottie Pippen but now a New York based streetwear brand is taking it to a higher level – take a closer look a the upcoming Supreme x Nike Air More Uptempo.

Back in 1996 Chicago Bulls basketball player Scottie Pippen made this sneaker silhouettte popular and last year we saw a re-release of the OG colorways.

Now New York based Supreme have put their eyes on the silhouette and teamet up with Nike to do this great collab.

The first leaked pictures shows an all black colorway with the text SUPREME exchanging the original AIR text on the side of the shoes.

If other colorways will be available when releasing we can’t say yet but keep an eye on this page for further info on the release.

There’s no doubt this release is going to be really hard to get you hands on when they release. Make sure to check out our list of retailers which will be updated as further info appear.

Where to buy the Supreme x Nike Air More Uptempo?

The Supreme x Nike Air More Uptempo is releasing in Nike Store sometime this spring – stay tunes for further info right here.
Find retailers in the stocklist to your right or just below the pictures if you’re on a mobile device. 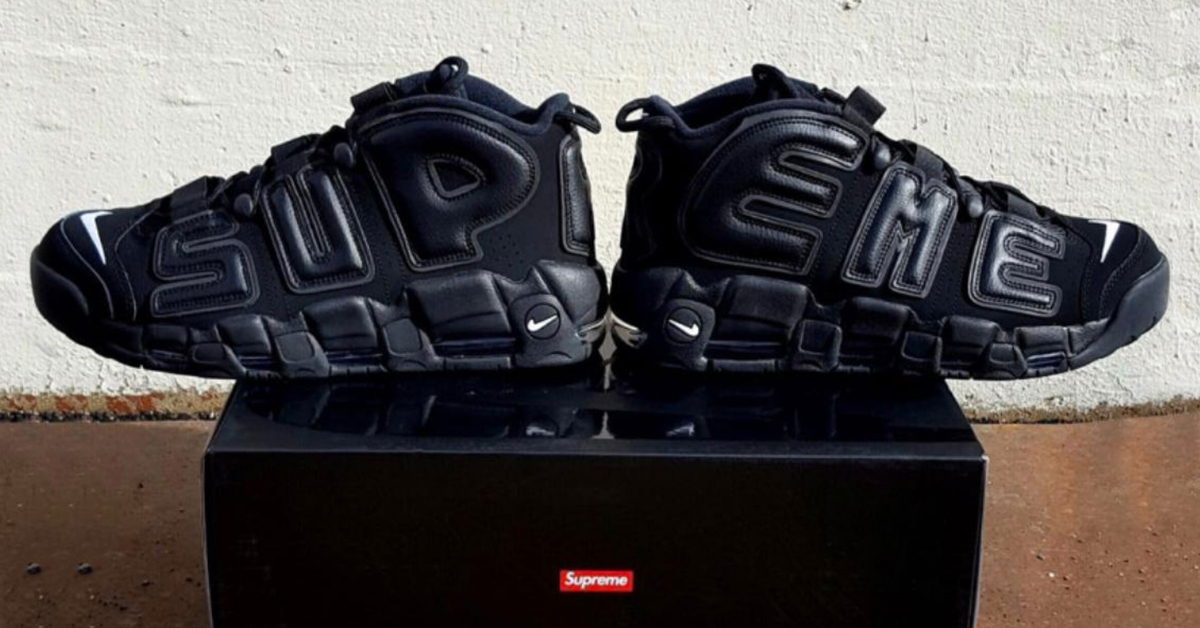 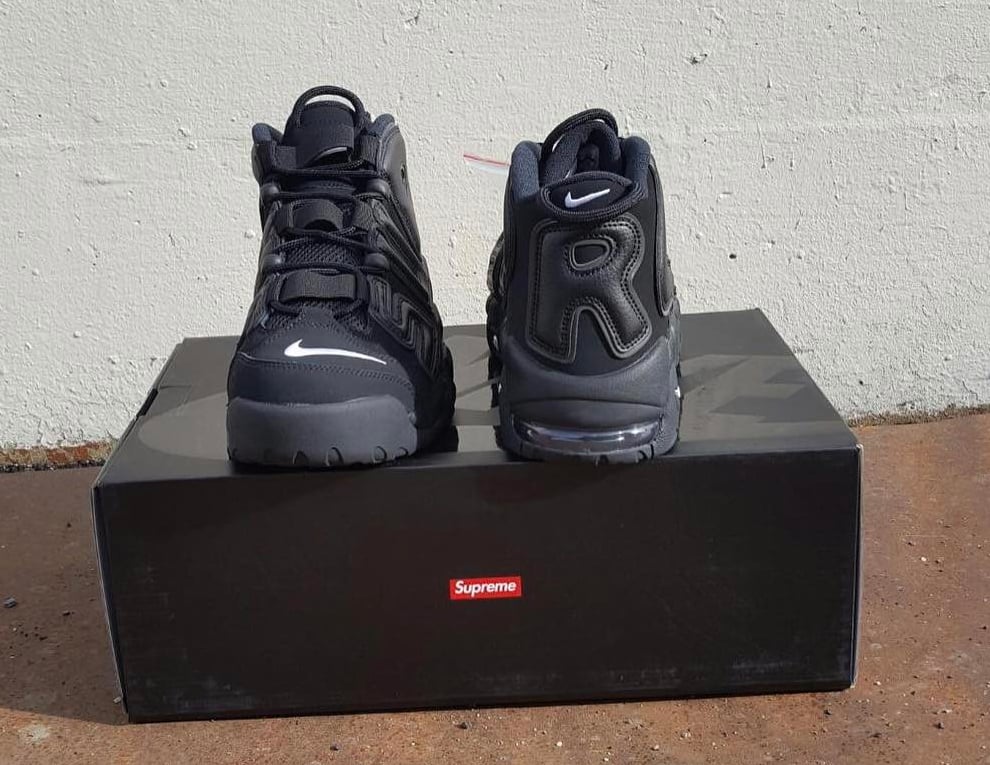 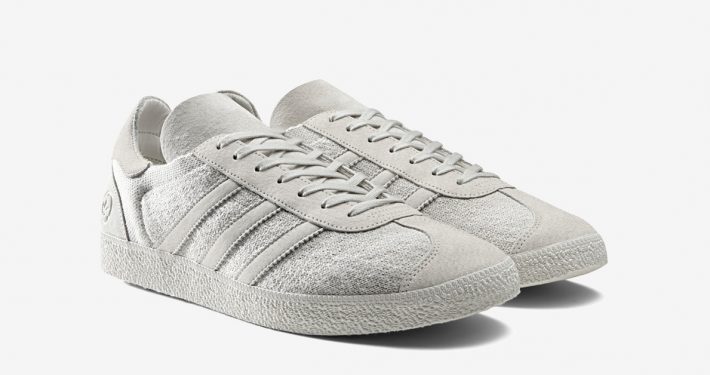 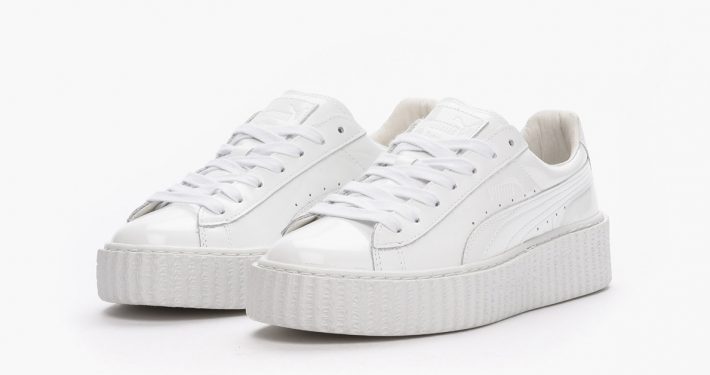 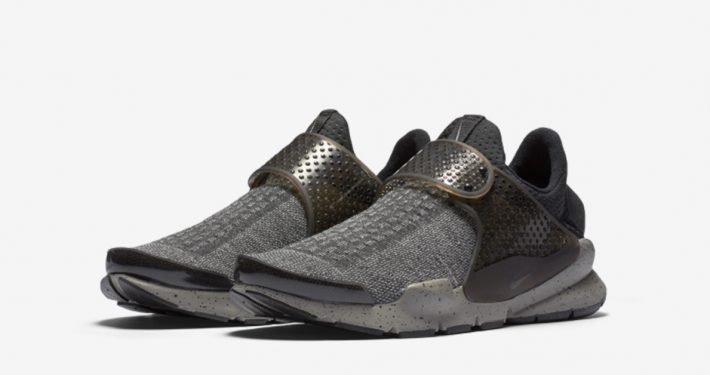 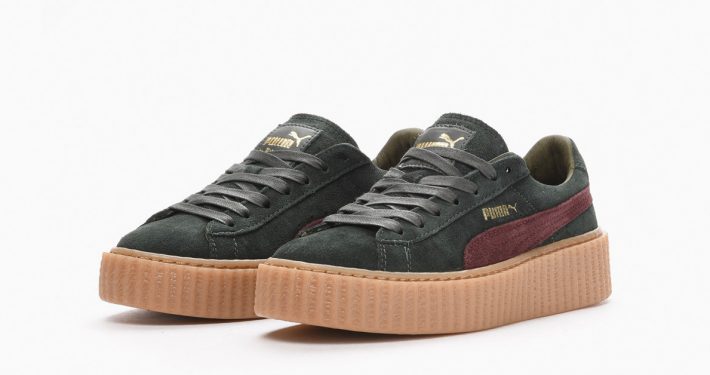